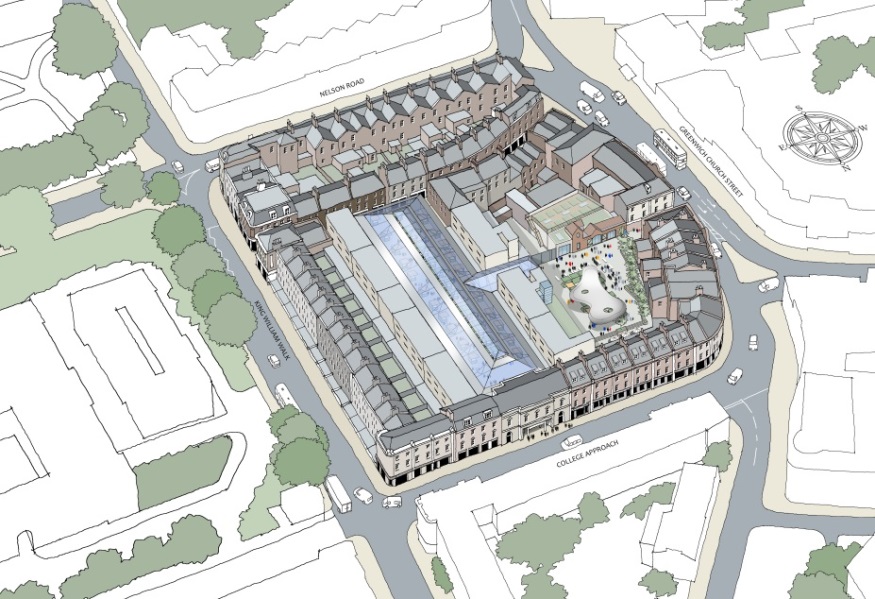 Our client sought to enhance the historic Greenwich Market – within the Greenwich Town Centre Conservation Area and the Greenwich World Heritage Site – by bringing forward plans for a new market roof, refurbishing existing buildings and creating a new food court and area of public open space.

A previous application for a comprehensive regeneration of the market had proved very unpopular. It was therefore important to distance the new plans for market enhancements from the previous scheme, and to better understand community views.

The market enhancements were unanimously approved by Royal Borough of Greenwich Planning Board in April 2014.