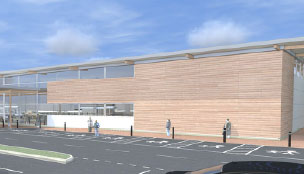 SP Broadway was instructed to undertake a concise programme of political and community consultation to support the redevelopment of an industrial site in Leominster to house a 45,000 sq ft supermarket.

There was a competing application to build a food store on another site in Leominster. Both schemes were vehemently opposed by the local Green Party, and both schemes had been refused once before. We had to do two things: demonstrate that there was real local support for a new supermarket in Leominster, and demonstrate that our client’s proposal was preferable to the competing site.

Both schemes were decided at the same meeting of Herefordshire Council Planning Committee in September 2014. The competing proposal was refused unanimously, while our client’s proposal was refused by the narrow margin of 10 votes to 7. We succeeded in helping to knock the competing proposal out of contention and demonstrate real support for the benefit of our client, which was encouraged enough to consider an appeal.