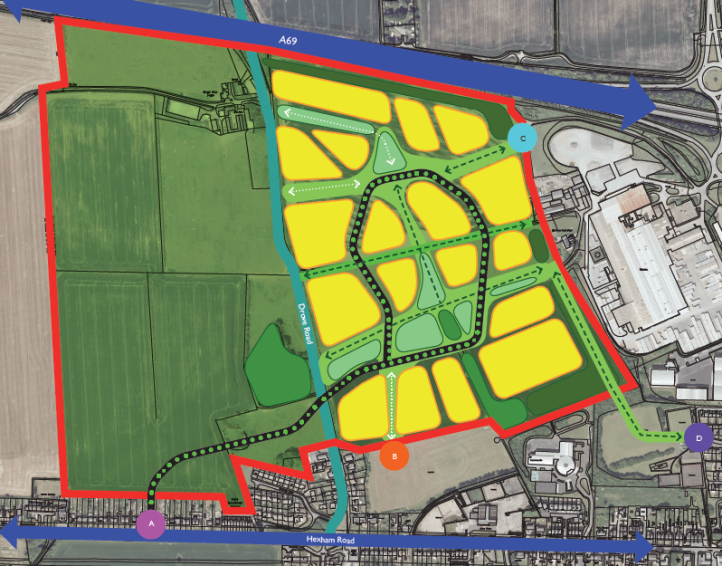 Newcastle City Council proposed an allocation for new homes on Green Belt land in the village of Throckley as part of the NewcastleGateshead One Core Strategy. The land has been owned by our client since 1735, and all development in Throckley has been the result of gifts of land by our client over the last three centuries.

The NewcastleGateshead One Core Strategy was adopted by Newcastle City Council and Gateshead Council in March 2015 with an allocation for 550 homes on our client’s site.

SP Broadway continued to provide political advice to our client as they submitted an outline planning application for 580 homes on the site. In July 2016 the application was approved by Newcastle City Council Planning Committee by ten votes to one.